Check Out The History Of Tom Waterhouse

July 7, 2020 Gerrard Lawson Comments Off on Check Out The History Of Tom Waterhouse

Thomas Robert Waterhouse, more commonly known as Tom Waterhouse, was born 1982. He is the current CEO of William Hill Australia. He comes from a long line of Australians involved in the horse racing and bookmaking industry, and himself stands as one of the most respected and influential current bookmakers in Australia.

Born and raised in Sydney, Tom Waterhouse made a good showing in school, after moving on to study finance at Sydney University. It was in 2001, however, with Tom only six months into his finance degree studies, that Tom’s father, Robbie, asked if Tom would like to lend a hand at the Rosehill Racecourse. Tom hastily rearranged his study timetable so that he could get real involved at the racecourse, which for him was a highly enjoyable way to spend his time. It was here that Tom got first hand experience on the goings on of a real world horse racing course.

It was not until 2003, however, that Tom got an official bookmaker’s license, and started practicing as a bookmaker. Tom’s level of professionalism, and his keen eye for excellent deals, was quickly known by bet makers across the country, and by just 2008 Tom was widely seen as the biggest on –track bookmaker in the whole of Australia. During the Melbourne Cup carnival of that year, Tom was holding an astonishing $20 million in bets, which was more than all the other bookmakers at the carnival, combined. 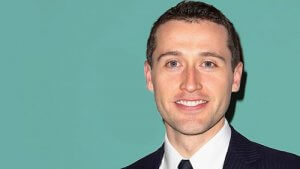 Tom married college sweetheart Hoda Vakili in 2011, with he wedding taking place in Italy. Hoda, although having been studying architecture when the two met at Sydney University, helped Tom and his family on a number of occasions in their australian horse races business.

Tom later went on to establish the now very well known website tomwaterhouse.com, which offers online bookmaking services to Australians. The website is said to attract a number of high rolling Australian gamblers, but is also the go to website for Australians from all walks of life.

Tom and his website tomwaterhouse.com dealt with public backlash in 2013, after it was perceived that his advertising during television sports shows was excessive. Tom issued an apology to the Australian public and promised to reduce his advertising immediately.

Currently Tom is a widely known public figure in the Australian sports industry, regularly making contributions on television shows, radio shows, and at various major sporting events, such as the Rugby World Cup and Wimbledon. His articles and columns have also appeared in a number of newspapers and sports publications. He is a current co-host of Sportsline.

In 2006, unrelated to sports, Tom was a contestant on the show Dancing With the Stars, where he was the second contestant voted off, but left with smiles and good cheer.

Make the Most of No Deposit Free Bets