The Hazeltine National Golf Club (Chaska, Minnesota) is actually situated in a suburb that lies just to the southwest of Minneapolis. As with many of the other major golf clubs, this club is a private club, and so guests have to be accompanied by a member should they wish to make use of the facilities. The 2016 Ruder Cup golf will be held at the Hazeltine National Golf Club (Chaska, Minnesota) from Sep 30 – Oct 2, 2016.

The Hazeltine National Golf Club (Chaska, Minnesota) was designed by the course designer Robert Trent Jones. The course opened its doors in 1962, and will now play host to the 2016 Ryder Cup. It is a par 72 course, at a total length of 7,678 yards.

For people who don’t know too much about the American Sports Betting, the Ryder Cup is actually a golfing competition contested between the United States, and a team from Europe. The event is only held every two years, with the location alternating between courses in Europe and courses in the United States. The 2016 edition of the prestigious event will be held from Sep 30 – Oct 2, at the much acclaimed Hazeltine National Golf Club (Chaska, Minnesota). Interesting, the competition is actually named after an English businessman. Samuel Ryder donated the trophy for the event.

The Ryder Cup golf was last competed in 2014, and was won by Europe, who was able to win the 40th edition of the competition. The final score was 16½ to 11½ in the favor of Europe.  In 2014, the tournament was actually won when Jamie Donaldson from Wales was able to beat Keegan Bradley 4&3.

While the 2016 edition of the Ryder Cup event will be held at the Hazeltine National Golf Club (Chaska, Minnesota), the event was actually first held in 1927. The Cup was originally played by the United States and Great Britain, but was expanded to include Europe in 1979. When Europe won the Cup in 2014, this was actually their third consecutive victory. The 2014 edition of the golf event was played at the Gleneagles Hotel in Perth & Kinross, Scotland.

An interesting aspect of the Ryder Cup is that players do not receive any prize money as a result of winning the Cup. The Presidents Cup is one of the other golf events that work on a similar principle, with players not receiving any prize money. 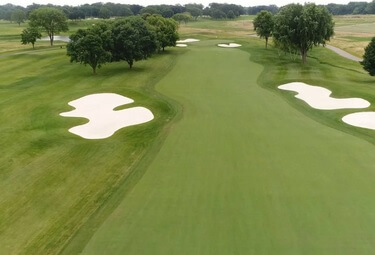 The Hazeltine National Golf Club (Chaska, Minnesota) was originally named The Executive Golf Club. The name of the course was changed to its current name after the nearby lake called Lake Hazeltine. The first major championship was played at this course in 1966, when the Women’s Open was played here. Sandra Spuzich was the winner of this event, with a score of 9 over par.

For fans interested in some of the history of the Ryder Cup, it can be worth reading up on some of the most notable or interesting years of this event. Some of these notable years include the Nicklaus vs Jacklin matchup in 1969, and the Azinger and Ballesteros competition in 1989.

Get The Best from Online Sports Betting Offers